The Fixed Asset Management Search screen has also been enhanced to include column totals for the Basis Value, Salvage Value, and Book Value to assist users by quickly totaling fixed asset totals.

Import WO Details with JE Import

The Journal Entry Import process will allow a user to import work order close account information when a work order has been entered in the import file.

To accommodate this feature, the JE import file format will now contain two new columns for WO close account and WO close suffix. These columns will be located after the current WO Number column. The Edit Accounts step has also been enhanced to include new dropdown fields in the event an edit is needed to the WO Close Account.

Once the JE import process has been completed, the system will automatically populate the WO Close Detail screen located on the Journal Entry screen.

During the processing of Capital Credit Checks from the CC Yearly Disbursement process, the user will be able to select a GL Account to use for the CC Unlocated Member amounts when included in the disbursement process. 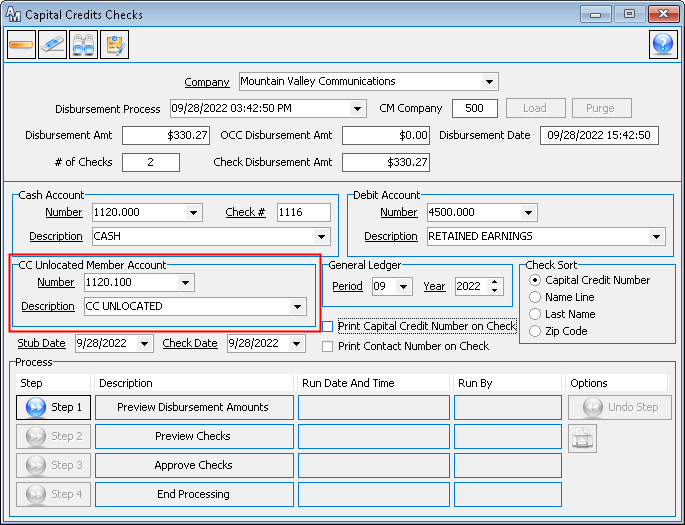 The “Capital Credit Disbursement Report – Check” report will now include a total of unlocated member amounts to assist users with quickly reconciling the dollar amount excluded from the check process. 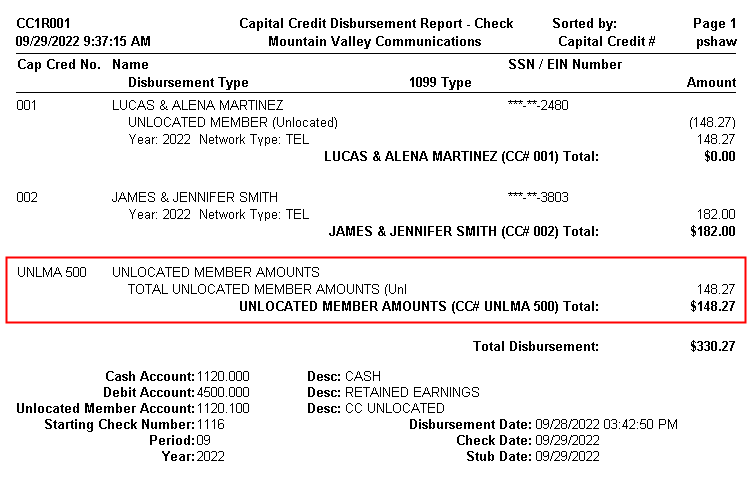 The CC Unlocated Member GL Account will be represented on journal entry reports when included in the check disbursement process.